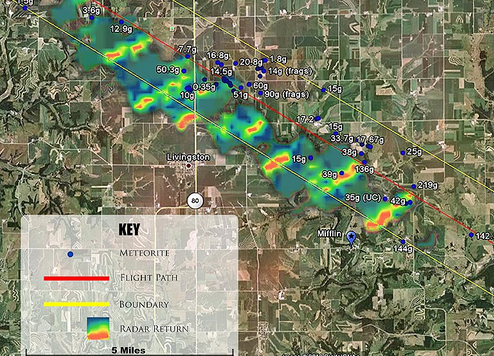 They reported that, "Just after 10 pm CDT Wednesday evening April 14th, a fireball or very bright meteor  was observed streaking across the sky. The fireball was seen over the northern sky, moving from west to east.

"Well before it reached the horizon, it broke up into smaller pieces and was lost from sight. The fireball was seen across Northern Missouri, Illinois, Indiana, and Southern Wisconsin. Several reports of a prolonged sonic boom were received from areas north of Highway 20, along with shaking of homes, trees and various other objects including wind chimes."

Hammergren, of the weather service, said that  the apparently large size of the meteor indicates pieces may well have survived and hit the ground. Similarly sized meteors have produced meteorite fragments from the size of grains of sand to fist size and football-sized chunks

"The strength of this was comparable to others where multiple fragments have been recovered, he said, guessing that as a meteor prior to hitting and exploding in the atmosphere may have weighed "hundreds of pounds"...

Here are some additional articles on the Mifflin Meteorite that put Livingston in the spotlight media on April 14th, 2010... 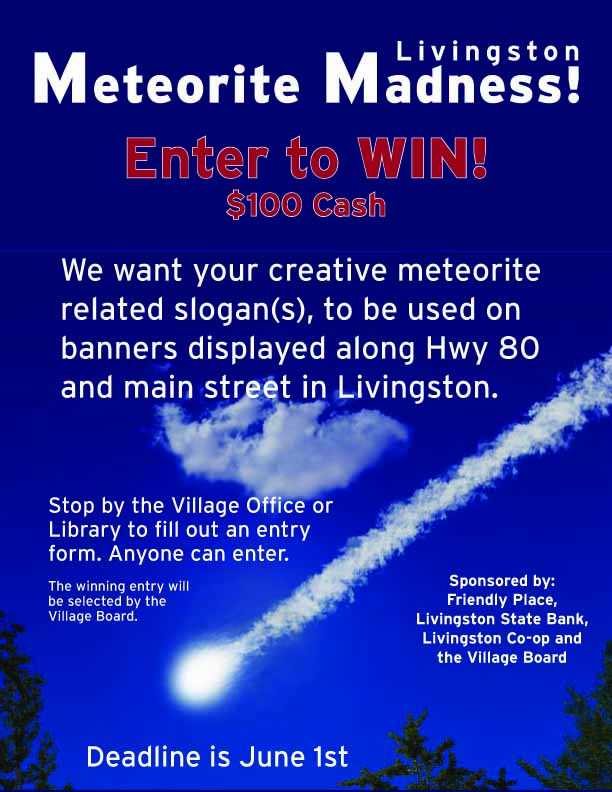